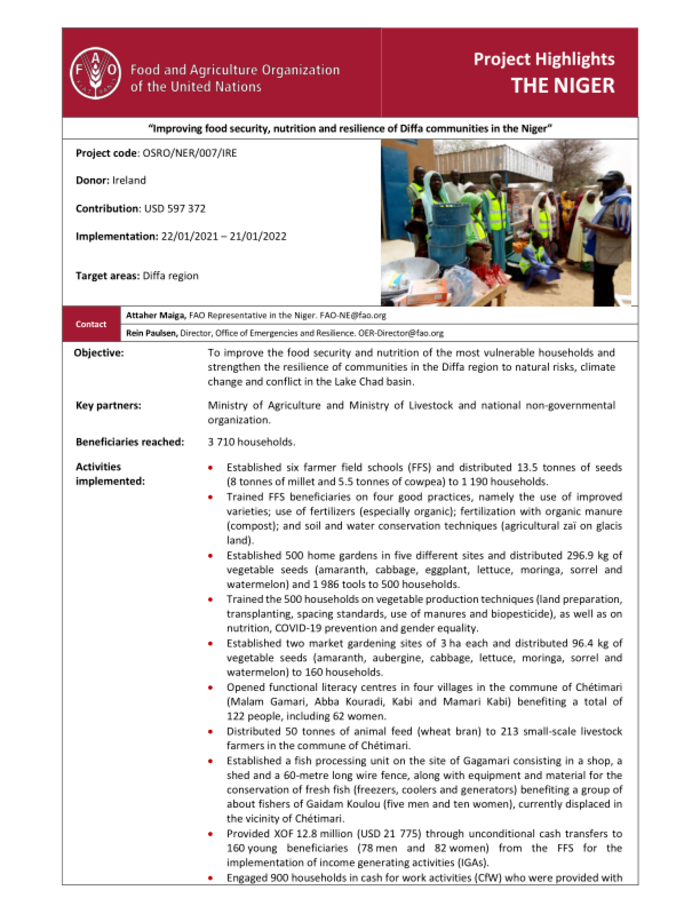 Objective: To improve the food items protection and diet of the most vulnerable homes and reinforce the resilience of communities in the Diffa region to normal threats, local weather alter and conflict in the Lake Chad basin.

Critical associates: Ministry of Agriculture and Ministry of Livestock and nationwide non-governmental group.

Things to do executed: