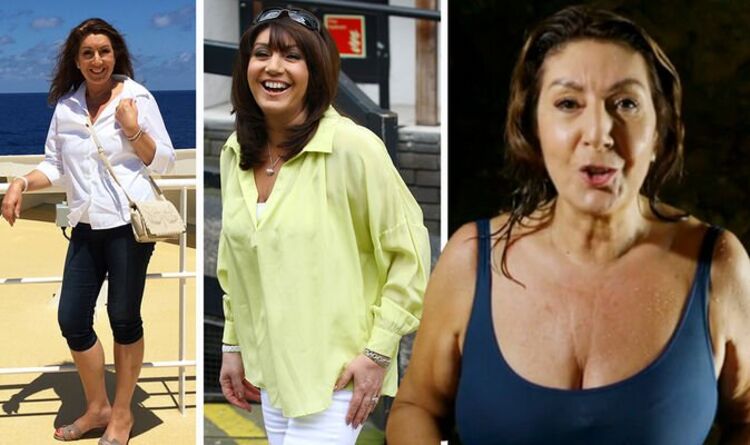 At 59-years-old, Jane McDonald is comfortable and confident in her skin, but has stated she wasn’t always. Back in 2015, the presenter decided to change her lifestyle and lose weight by cutting out several food groups from her diet. As a result, she shed four stone. But keeping slim can be difficult, luckily, Jane has a nutritionist who provided lots of tasty and healthy recipes – one of which is for bread.

A few years ago, Jane was asked to take part in a TV show called Sugar Free Farm.

This was where she “met Angelique Panagos, the resident nutritionist”.

After the show, Jane continued with some of the meals on the diet plan, but amended it accordingly.

She said: “The only bread I eat is one that I’ve got a recipe for from Angelique.

She was originally a size 12/14 and dropped to a UK eight.

Following the show, Jane went onto lose “an [additional] stone and a half”.

In total, Jane lost four stone in weight by cutting out sugar.

The singer had to cut out alcohol, cakes, biscuits and other convenience foods.

The “hardest thing” for Jane was not drinking red wine, and she didn’t realise how much sugar was in each glass.

According to the NHS, adults should have no more than 30g of sugar a day.

Dry white wine has around 1.5g of sugar while rose is around 6.25g per glass.

Looking back on the diet changes, Jane said: “I always used to be hungry and was always snacking on something, but I don’t have any of that now.

“It’s because of a change in my mindset. I used to live to eat, but now I eat to live.”

In order to maintain her new slim physique, Jane revealed the changes she has made to her diet.

She said: “I don’t eat any white carbs, like white flour or white pasta, now.”

The singer also begins each day with a green smoothie.

“I blend up a mixture of raw greens, flax seeds, chia seeds, spinach, kale, mint and a banana. It really is lovely,” Jane said.

“If I go for about four days without it, I really feel a difference. I think it’s the raw greens that give you loads of energy.

Next post Is 30 minutes a day enough exercise to stay fit and healthy?